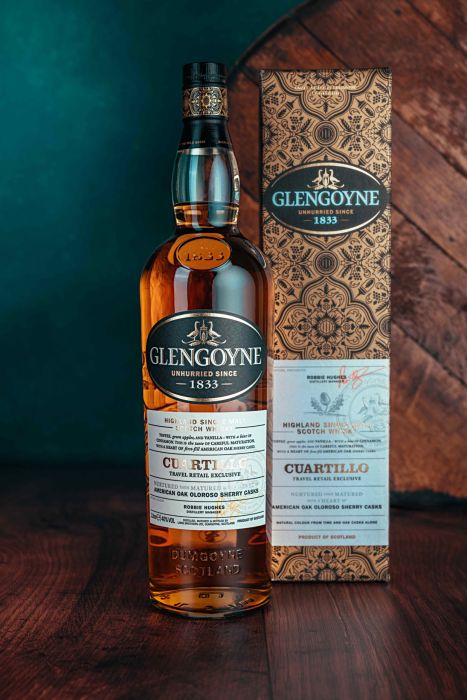 Skip to the beginning of the images gallery
Details
From the sublime Spirit of Oak range (originally released for the Travel Retail market) comes Cuartillo, another super sherry-aged single malt from Glengoyne which was named after the rural neighbourhood, or pagos*, in Jerez, Spain.
The first in the series of four bottlings, this bottling was based around whisky drawn from American oak Oloroso sherry casks, bottled without any additional colouring at 40% ABV.
ABV 40%
1 Litre